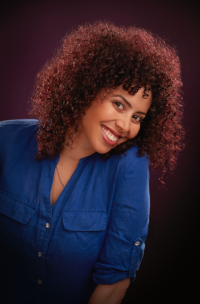 Iman Gatti, author of Cracked Open – Never Broken, is an empowerment coach, transformational speaker, course creator, and Certified Grief Recovery Specialist™. She helps people to overcome self-limiting beliefs, heal past wounds, and step fully into their limitless potential. Iman is committed to working with women recovering from domestic violence and is the founder of Lunch Bags of Love, a movement dedicated to helping provide meals to Edmonton’s homeless community.

She hosts events, leads talks and guest teaches internationally and is available for keynotes and lectures. 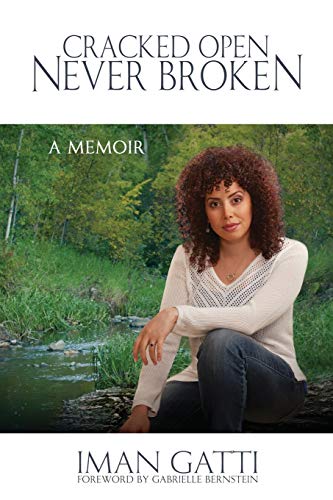 When she was six-years-old, Iman Gatti witnessed the tragic death of her mother.

This began a journey in which her childhood and culture were stripped away from her only to be replaced by a decade of abuse and neglect at the hands of those appointed to protect her.

Yet in this darkness, Iman held on to the light within her. A light her mother taught her was far too bright to ever be extinguished.

In Cracked Open – Never Broken, Iman takes readers on a journey through a childhood of loss, heartbreak, and isolation as she clings to the hope of a life she always dreamed of.

Her memoir is for anyone who refuses to succumb to the role of the victim, and instead chooses to live with an unbreakable spirit and overflowing compassion. Through sheer determination, strength, and resilience Iman overcomes the unimaginable. She is proof that, when faced with extreme suffering, the power of the human spirit can endure and transcend.

Iman believes we all possess the power of forgiveness and that we can transform our trauma into triumph.

Iman has not just survived a life of obstacles that defy belief, she has done the work to triumph. In telling her story, she inspires others to believe that they, too, can find the courage to heal.

Cracked Open – Never Broken transcends the personal story. My heart burst wide open from the very first page. The empowering concept of choosing love in the face of adversity is beautifully illustrated in this transformational story. In a world that demonstrates so much hurt and confusion, Iman’s story has the power to comfort, heal, and empower.

—Suzanne Adams, Bestselling Author of Musings of an Earth Angel