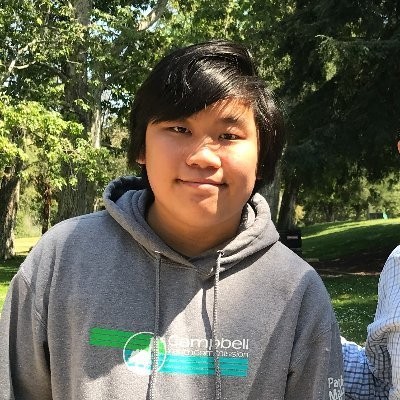 Many kids grow up watching sports and athletes. Maddon grew up following politics and politicians. He always has had an interest in American history, politics, and civics. He learned to recite the list of U.S. Presidents like a baseball lineup. Maddon believes in giving back to the community and was awarded a gold medal President’s Volunteer Service Award through his volunteer work. His favorite musical is, unsurprisingly, Hamilton. When Andrew Yang ran for President of the United States, Maddon finally saw a politician who looked like him. Like Yang, Maddon wants a better future for the next generation. He has a dog, Brandy the Maltipoo, and three olive egger chickens.
Book Description > Interviews & Articles > 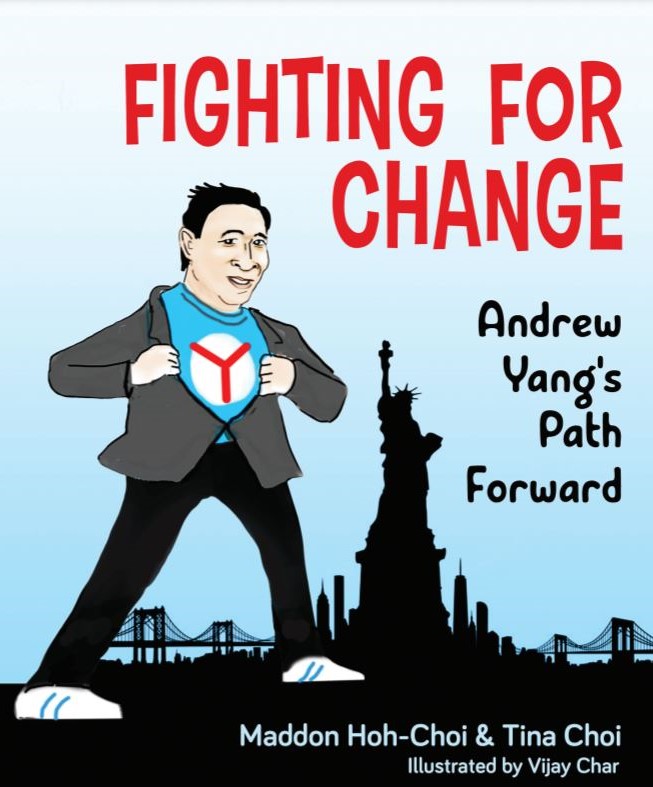 ALL AMERICANS DESERVE A CHANCE To SUCCEED!

At an early age, Andrew Yang learned the value of a good education, hard work, and perseverance from his parents. Growing up in Somers, New York, Andrew noticed there were few kids who looked like him. He was often ignored or picked on in school because of his ethnicity, but he never let bullies stand in his way. A gifted and talented student, Andrew went on to attend an Ivy League college and earned his law degree, but he never stopped wondering how he could help his fellow Americans live better lives and have good jobs.

Fighting for Change tells the compelling story of Andrew Yang’s journey from boyhood to running for President of the United States as the first Chinese-American candidate in the 21st century. With a deep commitment to humanity and a mission to achieve equality for all, Andrew proposed solutions to poverty, joblessness, and the barriers holding people back from success. His courage, compassion, and determination show how one person can make a difference, inspiring millions of Americans to join the fight for economic fairness and a better future.

I have been waiting for a book like Fighting for Change to add to my diverse classroom library. Fighting for Change, reminds the reader to listen to their parents, try their best, and work to change things they know are wrong. Fighting for Change is well-written and thoughtful. It will be an example to students that no matter their race, color, gender, or creed, they too, can do what they set their minds to....whether it is writing a book or running for President of the United States.

During these dark times when increasing reports of AAPI Hate are escalating, Fighting for Change: Andrew Yang’s Path Forward provides a bright light. Yang has taken the Asian-American community forward by stepping front and center in the fight against exclusion. He continues to work on ways to create a better America, striving to achieve greater equality. While this is a book for young readers, it reaches across all age groups, telling the story of one man’s determination to make a difference in achieving a stronger, more diverse United States. It's a welcome addition to any library.