Your Book has the Power to Change Lives. Learn How to Channel It!
by Jenn T. Grace Book Writing Support 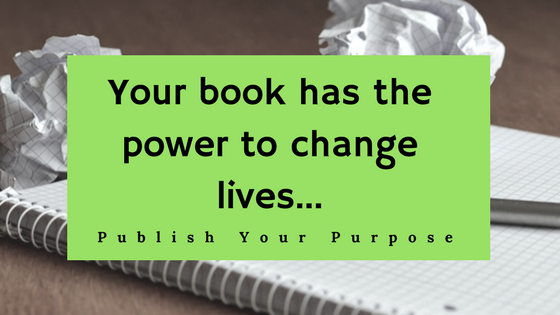 In a previous blog post we talked about starting with the end in mind. Understanding why you are writing a book. I asserted that having the end goal in mind is critical and then perhaps getting started is your next step. Getting started is certainly one of the next steps but this week I want to share with you an experience of what having the end in mind looks like, in real life.

Over the years I’ve helped a number of people write their books in a variety of capacities. In 2015 one of my favorite projects was helping my dear friend, colleague and client Tony Ferraiolo get his book out, in a very hands-on way.

His book, Artistic Expressions of Transgender Youth (available on Amazon), is a game-changer. For me who helped him get it done – to the people who read and benefited from it – we worked on all details together. Things such as choosing a cover, figuring out what paper that we wanted to use, what printer we wanted to go with, how we were going to get it on Amazon, how we were going to market it, who the end audience is, etc. We worked as a team to get this done and our grand debut was putting together a book signing that took place in December of 2015.

It was at Tony’s book signing that I knew for a fact that I needed to focus on helping people share their stories in a more formal way, without a doubt in my mind. If I could identify an epiphany or an ‘ah-ha’ type of moment, this was it!

For context, his book is a picture book of art drawn by transgender children who range from as young as six to as old as 21. He asked them to draw their answer to two questions, one being “If you had all the money in the world, what would you buy?” Each child drew what they felt and then wrote what their drawings meant. We compiled all of this into a picture book and it’s a real tear-jerker – I think a good marketing play for us would be packaging the book with tissues! It’s so good; if you’re doing anything in the transgender space of the LGBT community, this book is seriously amazing….and I don’t just say that because I had a part in it. 😉

The book signing was in New Haven, Connecticut, and it was wonderful to see a number of children included in the book attend. We had a special stack of books waiting for the kids featured in the book so they would get a special signed copy. Additionally Tony had his own copy where he wanted the kids to sign their page of the book. For Tony, this was a life changing experience. It’s so much of his hard work and his story as well as the kids he works with and their journey. We were able to put it in put in a very neat package for the outside world to understand. It didn’t fully occur to me how profound it really was until I was able to witness the impact it had on Tony and the kids firsthand that night at the signing.

One of the children who attended was a little timid, as you can imagine. As I was sitting behind the book table I had the chance to just sit back and watch them interact with Tony. Talking, crying, laughing; so many emotions as they discussed this book they helped create. As one of the children was walking out of the small book café, turning the corner to exit, they took their book, held it closely to their chest as if they were hugging it and let out the biggest, deepest exhale. I watched their shoulders rise and then fall; a moment that had I not been paying attention, would have been lost in the hustle and bustle of the event. It was in that moment that I knew, without a doubt, that this book changed that child’s life.

Knowing that all of the blood, sweat, and many tears that Tony and I put into getting his story out there, there is no dollar amount in this world that could replace the experience of seeing the reaction of that one child – and how much it has/will change their life. It is hard to put into words what an incredible experience this was.

So, in the theme of starting with the end in mind I challenge you to go to a bookstore, whether a big book retailer or a used book store, and find a book that inspires you. Feel the cover, the paper, look at the colors, the fonts – and buy it. Put it on your desk for inspiration that your book may one day look like it. When you can start with the end in mind and have something tangible to remind you of why you are doing this and can envision how people will feel when they have your book in their hands, it will make this entire process of becoming an author more grounded and attainable.